Lucky Lax takes pride in our coaching staff. All Lucky Lax offerings are coached by current and former collegiate lacrosse players, or coaches. All Lucky Lax staff members have a passion for the game with the vision to grow, and develop the players. We focus on providing elite instruction, with knowledgeable coaches, eager to work with today’s youth. 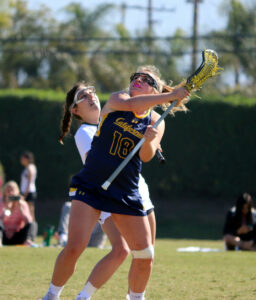 Allie Level started playing lacrosse in elementary school, and has continued to grow her love and passion for the sport to this day. Growing up in California, she attended Novato High School in Marin County, CA where they worked to be the top 10 Team in the US! Throughout her playing experience, she played on various club teams, including National Team, Stick With It Lacrosse and BAE Lacrosse. Following High School she attended UC Berkeley where she focused on her education, and played club lacrosse. During her time as a captain on the club team, she was able to see how strong her passion for the sport truly was and began coaching. Allie has coached at 101 Lacrosse club, Marin Catholic Varsity HS, and the BAE Lacrosse club. She is currently the 2024 Head Coach, and enjoys sharing her passion for developing lacrosse players with the Columbus community!

As a Baltimore, Maryland native, Brittney attended Century High School playing varsity for 4 years. In 2006, Brittney committed to The Ohio State University, playing attack for the Buckeyes. At OSU, she was a 2x Regional All-American, and holds two school records (Most Goals in a Half, and Most Points in a half). Brittney has worked for Lucky Lax since 2011, where she started coaching indoor. She has also worked with the 2014 and 2017 Teams. Since 2016 when her previous team graduated from the club program, Brittney has coached our 2022 Club Team. She has a great passion for the games, and loves to watch players develop as players and people! 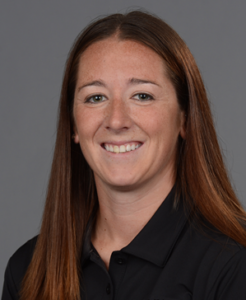 Amanda Shimp is an Endwell, New York native, and a 2009 graduate from The Ohio State University. At Ohio State, Shimp earned her BA degree in Middle Childhood Education, with minors in Education and African & African American Studies. Athletically, she was a three-year starter of the Women’s Lacrosse team. Shimp earned American Lacrosse Conference All-Conference honors in 2007 and All-Tournament honors in 2007 and 2008 as a midfielder. After graduation, Shimp went on to earn her Masters in Sports Administration from the University of Louisville. In 2011, Shimp joined the Winthrop University Coaching Staff as an Assistant Coach. At Winthrop, she led the team to multiple Big South Tournament titles, and NCAA tournament appearances within the first 3 years of competition. In 2016, Shimp was hired as the Assistant Coach at Virginia Tech. In 2017, she helped them to engineer the most successful season in 18 years, followed by a NCAA bid in 2018. In 2020, she was promoted to Associate Head Coach for Virginia Tech. Most recently, Shimp has returned to Columbus and is working as a Fiscal Associate at The Ohio State University Athletic Department, where she is responsible for assistance related to fiscal transactions within the department. She is looking forward to continuing her passion in coaching with our 2025 Team. She brings a wealth of knowledge in various capacities as a successful player, recruiter, and college coach. 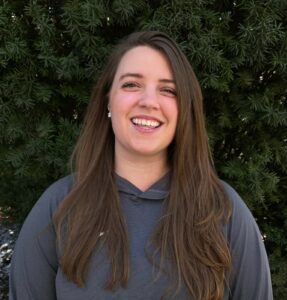 Meredith Schram is a Columbus, OH native and was a varsity starter for four years at Worthington Kilbourne High School. During her time at Kilbourne, she received honors as All-Conference, All-District, All-State and Academic All-American. She was voted Most Valuable Player as a junior and Best Offensive Player as a senior when the Wolves went to the State Final Four for the first time in school history. She attended The Ohio State University where she served as President and two-time Captain of the Women’s Club Lacrosse Team. The Bucks made the WCLA National Tournament and finished fourth in the nation in 2014. Meredith moved up to Cleveland after graduation for an Administrative Fellowship. In Cleveland, she led the Rocky River Girls Lacrosse Junior Varsity team to an undefeated season and assisted the Varsity squad in making their first ever appearance at the State Championship in school history. She recently moved back to Columbus to develop and write Health Policy for the Ohio Department of Medicaid. Meredith is excited to be back home and have an opportunity to empower young players and give back to the game that’s given her so much! 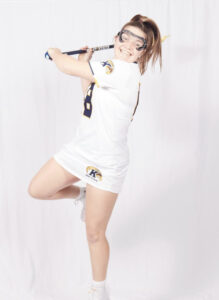 Jackie is a Columbus, OH native who graduated from Worthington Kilbourne. During her time at Kilbourne, she was a Two-Time First Team All Conference, Two Time First Team All Region, and First Team All State! Jackie has also broken records for assists in a career, and points in a season! Jackie was a three sport captain her senior year, and was a two-time captain in lacrosse, under the direction of her father Bill Wolford, and 2026 Head Coach, Doug Troutner. Jackie is a 2020 Lucky Lax alum, and is currently playing at Kent State University where she was named the 2020-2021 MAC Freshman of the Year! 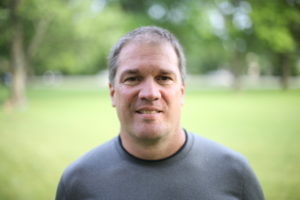 As a 2019 Ohio Lacrosse Hall of Fame inductee, Ohio native, Doug Troutner brings years of experience to the Lucky Lax family. Doug is approaching his 29th season as the Varsity Head Coach, and only coach of  Worthington Kilbourne High School. He has led his team to be 2014 State Champions, and was named Midwest Coach of the Year in 1991. In speaking of the valuable lessons learned as a coach, Doug says it best that – “Perhaps the greatest was impressing on players that they owe a debt to the future of the sport. If they enjoyed playing, they need to insure that the next generation has the opportunity to enjoy as well.” Doug has coached for Lucky Lax since 2011, coaching our 2015, and 2019 club teams. With his mindset and experience, Doug focuses on Player and Coach Development. He has a passion for sharing experiences, growing the game of lacrosse, and developing our players and coaches! 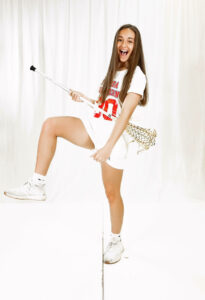 Hannah Hale is an attacker on the women’s lacrosse team at Florida Southern College. She graduated from Worthington Kilbourne high school in 2020. Hannah was an attacker/midfielder on the varsity lacrosse team for three years and was captain during her senior year. She was an All District, All State, and MVP gymnast for Kilbourne during her senior year as well. Hannah was a scholar athlete in high school and this past academic school year she made the Dean’s list at Florida Southern, truly modeling a scholar-athlete! Hannah has some of her best memories, playing club lacrosse every summer and is so excited to be a part of the Lucky Lax program coaching and seeing all of the great things the girls have to offer.

Margaret is a Columbus, OH native where she attended Worthington Kilbourne High School. Margaret furthered her career, playing Division 1 Lacrosse at Fresno State University, being named the Offensive MVP in 2010. She began her coaching career at Otterbein University, and at Smith College in Massachusetts. She then went on to be the Head Coach at Wittenberg University where under her guidance, 5 Tigers have claimed All-NCAC honors. Margaret is now at Georgetown College in Kentucky, and has just wrapped up coaching the Lucky Lax 2023 Team, where she led them to have 10 commits and counting! Aside from being an excellent coach, Margaret is also our Recruiting Coordinator, assisting our players through their individual recruiting journeys! We are so LUCKY to have Margaret as part of our team! 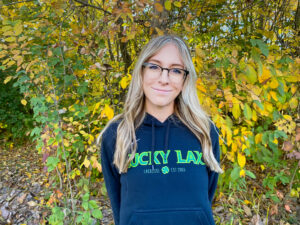 Ash Adams is a Columbus, OH native and was a varsity starter for 4 years at Pickerington Central High School. She continued her athletic career at Muskingum University, where she started every game in her 4 years. Since graduating in 2018, Ash still holds the records at Muskingum for most goals in a game, most points in a game and most goals in a season! Additionally, she made history by scoring the first goal for the program in its inaugural 2015 season. She coached at Bishop Watterson for a year in 2019, and is currently the varsity assistant coach at Hilliard Darby High School. She loves being able to bring her coaching and lacrosse experience to young groups of girls and can’t wait to watch the sport continue to grow! 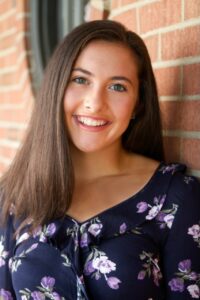 Carmen Reis is a Worthington, OH native, where she played for Thomas Worthington High School. Carmen will be a Sophomore a The Ohio State University this fall. She is the President of the Women’s Club Lacrosse Team, while studying Accounting with a minor in Business Analytics. Prior to attending Ohio State, Carmen played for the Lucky Lax 2021 Team, and is also a graduate of Thomas Worthington High School in the 2021 class. While there, she was a two time captain in both Lacrosse and Field Hockey. Carmen is excited to provide growth and development for the 2028 team under the tutelage of Chich Capuano. 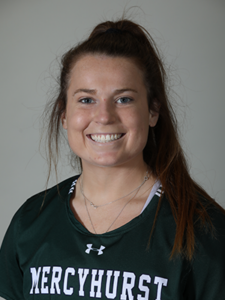 Torie Sullivan is a Columbus, OH native, where she played for Bishop Watterson High School. She graduated in 2017 from BWHS with Second Team All-State (2016), and First Team All-State (2017) honors. Following High School, Torie continued her academic and playing career at Mercyhurst University, where she played Midfield and Defense. During her tenure there, she was voted Captain in her Senior Year. Torie is now a first year student on the Doctorate of Physical Therapy program at The Ohio State University! Torie is looking forward to joining our team, and coaching the 2029/2030 Team! 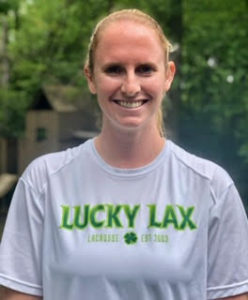 Morgan (Obendorfer) Shinn is a Downtingtown, PA native where she played for Abington High School. Following High School, she played four years at The Ohio State University, graduating in 2014. Upon graduation, Morgan continued her passion for the game through coaching. She has previously coached for Hyatts Middle School and for Lucky Lax. At Lucky Lax she was an integral Head Coach for the 2020 Program prior to assisting Bill Wolford with the team. In Morgan’s free time, she enjoys spending time with her husband Eric, and two dogs Stanley and Albert! 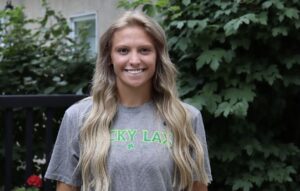 Paige Haughn is a Powell, Ohio native and 2020 Lucky Lax alum. Paige graduated from Olentangy Liberty High School, where she was 2nd team OCC and senior captain. Paige was recruited by Queens University of Charlotte, and is now attending the University of Kentucky. She has loved lacrosse since she started playing in first grade. Paige has coached our Local Lucks team from 2020-2022 and is very excited to transition to the 2029/2030 Team this year so she can share her love and knowledge of the game! 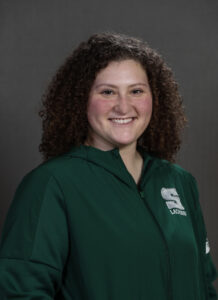 Gillian is a Columbus, Ohio native who graduated from Olentangy Liberty High School, where she lettered three years and was named captain in her senior year. In 2019, Gillian earned second team All-OCC Capital Division honors and all-region honorable mention accolades, and as a junior she was named to the Under Armor Midwest All-American Team. Gillian is 2020 Lucky Alum, and she is currently continuing her playing career at Slippery Rock University in PA. As a Sophomore, Gillian was a Captain, and is currently 3rd in Program History for Save Percentage and Wins and 4th in Program History in GAA and Saves!